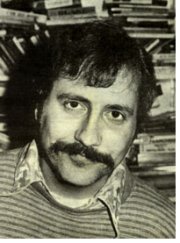 “I think everybody’s a rock critic,” said Rolling Stone’s Lester Bangs in a 1980 interview. In defence of his claim, Bangs said, “when you go into a record store and you decide to buy this one over that one, you’re being a rock critic. I don’t have any more credentials than anyone else.”

Well, times have changed mightily since 1980: iTunes sings it all, music stores are closing and records are retro. Still, Bangs had the right idea; everyone has an opinion, based on personal taste. We’d like to hope the taste is augmented by research and cogitation.

The Coastal Spectator is a bit of an experiment: we want to see if “culture vultures” want to talk about what they are experiencing on Vancouver Island and its immediate environs. The original site springs from a University of Victoria Department of Writing 2011 MFA course in criticism and reviewing, but it’s now open to anyone who wishes to share assessments of all forms of Canadian culture, including books, films, plays, music and art gallery shows . . . if a cultural event occurs on Vancouver Island, it deserves appreciation and observation. And The Coastal Spectator wants to hear your thoughts about it.

You might feel a whisker of context scratching at the back of your mind. You might think, “Hmm, The Spectator. . . Wasn’t that a periodical published back in 18th century London by essayists Richard Steele and Joseph Addison?” Yes, you are right: the periodical first appeared March 1, 1711; it aimed to “enliven morality with wit, and to temper wit with morality. ” And it posited its articles in a fictional way through a Spectator Club whose imaginary members extolled their ideas about society.

We’re hoping to be less stuffy and more real. We want to hear from actual people, who partake of and care about arts and culture, in its many contemporary forms.

So, take a look around our site, and join us if you wish.